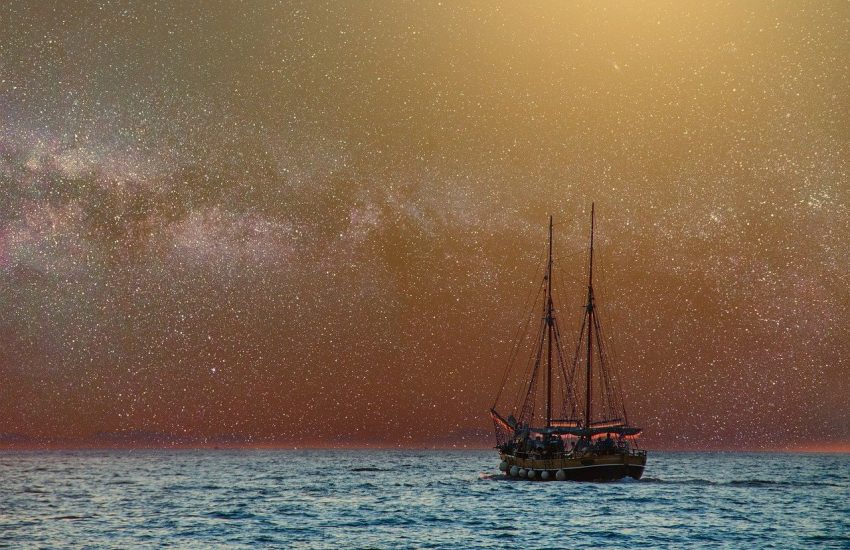 As a long time follower of Neville Goddard’s numerous lectures and books. I felt the desire to explain Neville’s view of the ability to change your life through the active use of the Imagination. My aim is to explain why his ideas regarding the imagination, could unlock many life changing potentials for you. I also aim to highlight how using our imagination is a fantastic way of changing our subconscious belief systems and creating a new concept of ourselves. As I have stated before, how we deeply feel about ourselves is reflected in how the world around us sees us.

Breaking down Imagination – The Real Man

Neville Goddard was often viewed as a highly mystical author and lecturer, who put forward some very ‘out there’ philosophies. But since reading his work, I have discovered that his methods were far from mystical. In fact, his ideas were quite the opposite, they were highly practical and simplistic. Neville wrote his methods for the everyday man. Instead of needing people to take huge leaps of faith, he outlined simple methods that could be applied by anyone willing to give them a trial. He believed the imagination was our gateway to a new world, a world that we were yet to discover. The true meaning of awakening/enlightenment to Neville was for us to rediscover our ability to imagine once again.

Neville wrote for the Faithless

Goddard was a highly charismatic teacher, who had the ability to instantly fill his audience with inspiration. Neville proclaimed that he wanted people to test his methods and to judge the results for themselves. His writings were not just for spiritually inclined people, but were also for non believers and atheists alike. He simply taught people to practice his methods, with the intention of proving him wrong.

‘The Real Man is a Magnificent Imagination. It is this Self that must be awakened’ – Neville Goddard

In a previous article, I spoke of Nevilles motto which was ‘Feeling the Wish Fulfilled’. This motto formed the entire basis of Nevilles teachings. Today, I will speak of how he wished to lead us to this point though and how the imagination played a vital role in achieving his vision of the wish fulfilled.

Imagination as the Inner Self / Subconscious

Neville often stated that humans are of a dual nature. He called this Outer self and the Inner self. We have the external view of reality which we experience through the five senses. We have the internal view of reality which is our imagination. Only once we reconnect with this other creative inner self, do we begin to work in harmony again. He believed we could rewrite the subconscious through the simple use of controlled imagination.

In his later years, Neville even stepped away from using terms such as subconscious and unconscious minds in his writings. He started simply stating that everything within us was our imagination! He defined the Imagination as being all of our thoughts, memories, mental images and inner conversations. Neville classed the imagination as the Real Man, the Inner Self behind all of our life experiences. He felt the imagination was the inner cause of the outer effects we experience.

Neville also preferred using the term imagination over subconscious, because he wanted people to understand that they had the ability to recreate the things that they believed about themselves internally. The Subconscious or Unconscious mind sounds a rather distant and vague concept to most people. Whereas viewing our subconscious as our imagination, puts a person directly in creative control over the mind once again. i.e. if you don’t like the way you think or feel about something, imagine new possibilities or solutions to resolve the issue. Neville wanted people to rediscover this creativity within themselves. He wanted people to understand that the mind could be moulded in to any form they wished to shape it. He urged us to reawaken the imagination.

Imagination is the Cause – Reality is the Effect

“Quantum physics tells us that nothing that is observed is unaffected by the observer. That statement, from science, holds an enormous and powerful insight. It means that everyone sees a different truth, because everyone is creating what they see.” – Neale Donald Walsch

Modern day quantum physics are in full support of the concepts that Neville was teaching many years ago. The idea that life is simply a mental creation/imagination. Quantum physics is the idea that there is a direct relationship between the observer and the observed. The observer as the cause and the observed as the effect. This statement highlights that the imagination is not just a construct of fantasy, but an active component of our daily lives.

‘The ALL is MIND. The Universe is Mental’- The Kyballion

The Egyptian Hermeticists made a very similar claim when they stated that the ALL is MIND. This was basically saying that everything we call life, was merely imagination or a mental construct. This was the primary Hermetic principle, which took priority over all other principles. The universe to the ancients was primarily a mental creation.

Famous scientist Albert Einstein had strong faith in the human imagination. Einstein believed that the imagination was the beginning of evolution, whereas knowledge was merely acceptance of the known. This is a great concept to adopt in to our own lives. It ties in with the idea of cause and effect, the imagination being the cause and the reality being the effect.

If we wish to change our lives and move in to a new direction, then surely it is important for us to creatively imagine new solutions to our current conditions. Surely this highlights how powerful our imagination is! If one of the greatest scientists of all time, could see the vital importance of remaining mentally creative.

“What is now proved was once only imagined.” – William Blake.

The legendary English poet William Blake highlights that imagination is more important than our current knowledge or experience. This is very similar to Einsteins view. Imagination is the beginning of the cause, whereas proof is just a recognition of the effect. Blake felt too much ‘Reasoning’ lay at the base of all of the problems humanity suffered with. Neville was a great follower of William Blakes, he shared Blakes passionate belief about the power of the imagination.

“The man who has no imagination has no wings.” – Muhammad Ali

Legendary boxer Muhammad Ali highlights that if we begin to neglect our imagination, we build a prison for our minds. We forget the creative cause and only accept the effect. If a person merely accepts everything on face value, they have no ability to create anything new. They merely become a person who can’t create new causes, only an observer of the effects. Having no imagination is similar to a bird no longer having wings or the ability to fly. You become simply a slave to your subconscious/unconscious belief systems.

The Need for Imagination in our Lives

Many people would have us believe that the imagination is a childish notion that should be dismissed as mere fantasy. This is simply not the case! If we begin to view our imagination (subconscious) as being linked to everything we think, see and feel on an internal level. We start to see our imagination in a completely new light. Suddenly our imagination is not just an infantile construct, but has the purpose of potentially changing how we think and feel about ourselves. Imagining new possibilities is our ability to recreate how we think and feel about ourselves. If we create a new internal vision of ourselves, a new external vision will begin to become formed as a reflection of this new internal vision.

No One to change but Self – Imagining a New Self

Many of us operate on very destructive subconscious programming. We don’t value ourselves, we cling to bad memories and we often fail to see a way to stop our destructive mental conversations.

‘ All changes must come from within himself; and if he does not change on the outside it is because he has not changed within.’ – Neville Goddard

Neville believed that there was ‘No one to change but Self’, he taught the need for us to take full self responsibility over our lives. Neville felt our concept of our self was merely what we imagined to be true of ourselves. He did not believe in shifting the blame to anyone else for our issues. He told us, that we had to focus on changing ourselves from within.

Neville didn’t say this was to be done by simple wishful thinking and affirmations. He wanted us to imagine/visualise the END point, whilst being in a state of relaxation with all other distractions of the senses having been removed. The END point being an imaginary scene we have constructed, assuming the completion of our desire. Neville called this ‘Thinking from the end’.

‘Determined Imagination, thinking from the end, is the beginning of all miracles’ – Neville Goddard

Desire must simply Be Accepted

Neville firmly believed that desire was a very positive thing and is our gateway to reaching our true potential, his view was in direct contrast to many other schools of thought on the matter. He felt that we must come to a point where we simply accept our desires. Due to low self confidence and self esteem issues, many of us often doubt our desires and assume we are not good enough to receive them. The whole purpose of Nevilles techniques was to take us from this doubting reasoning state of mind and to bring us to a place of acceptance. The whole idea behind his ‘Feeling the wish fulfilled’ motto, was getting us to the point where we fully accepted the idea that we already possessed the thing that we desired. We were told to feel the feeling of already having it!

‘No idea presented to the mind can realise itself unless the mind accepts it. It depends on the acceptance, the state with which we are identified, how things present themselves’ – Neville Goddard

We must simply move to a point, where we simply accept that our desires will come to fruition in the most natural way possible. This will only occur though, when we step out of our own way and stop blocking ourselves through endless doubts.

Writing a New Script for our Lives

“And by the way, everything in life is writable about if you have the outgoing guts to do it, and the imagination to improvise. The worst enemy to creativity is self-doubt.”– Sylvia Plath

The interesting point about this great quote from the acclaimed poet Sylvia Plath, was how closely her thoughts about imagination tied in with Nevilles concept of it. Neville very much believed in your life being very similar to a script you were writing, via the use of visualisation, thoughts and words.

Conclusion..Practical application of the Imagination

The imagination is clearly a primary avenue for us to achieve our goal of connecting with the Inner Self and creating life changes. Neville has many testimonies in his books about his own experiences of using creative visualisation. ‘The Law and the promise’, is a book I highly recommend, if you wish to find out more about his numerous success stories. ‘The Power of Awareness including Awakened Imagination’ is also an excellent book that I highly recommend, if you wish to understand the theory behind Nevilles methods. Click here, to read online.